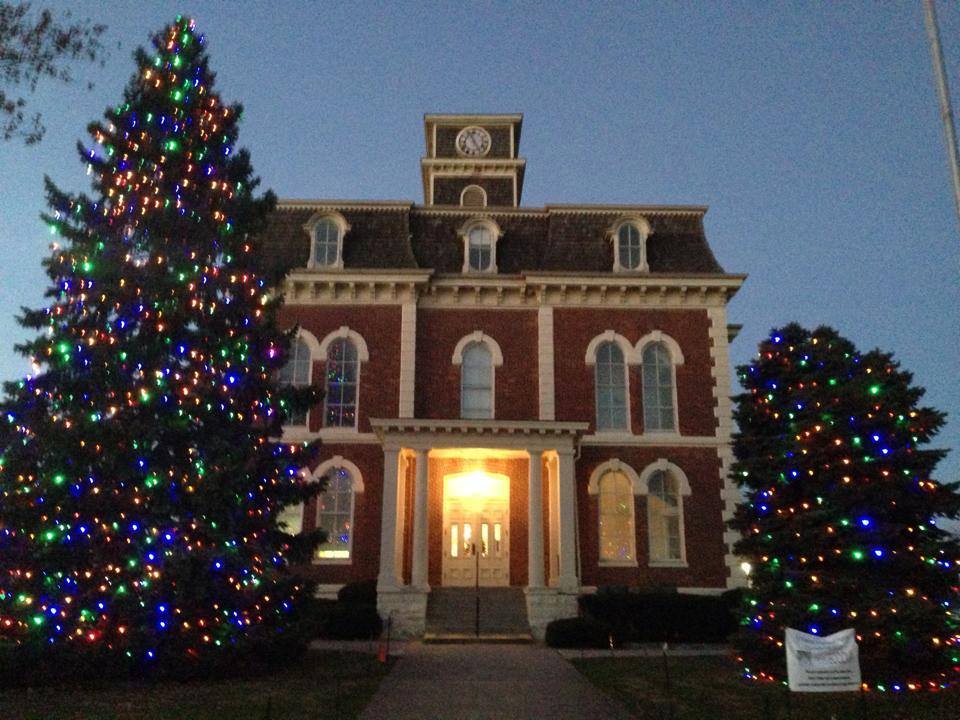 On November 11, 2012, the Effingham County Museum opened its first floor to the public.  The transformation of the courthouse began in early spring of this year and the group had worked hard doing a lot of painting, cleaning, stripping floors, getting photos framed, building a train room, working on displays and many other chores.

Everything culminated in a special ceremony and opening of the first floor Sunday afternoon on Veteran’s Day.  That Sunday event opened with a ribbon cutting ceremony that included Mary Truitt, president of the National Road Association of Illinois speaking along with Museum Association President, Delaine Donaldson.

Crowds of people entered the hallway at the courthouse on their way to viewing each room during the Open House.

Although quite meager compared to what each gallery contains today, the rooms had displays which opened the eyes of the visitors to how much history the area had. On the west side of the corridor the first room, known as the Veteran’s Room, had displays of World War II. The next room displayed veteran’s photographs put together by Jane Ries, focused on the USS Effingham and the USS Loy.

The next room, a small courtroom, was then known as the Media Room, a place where meetings and educational programs could be held. The two rooms across the hall were the Transportation Room with displays of transportation modes in Effingham and the Train Room that had moving HO-scale trains, along with models of historic buildings and events.

All of the exhibits had the purpose of introducing the visitors to the rich heritage of the area.  The members of the Association had plans to do much more to showcase the events of the County, eventually opening the second floor to displays which focused on families, churches, schools, businesses, and local politics.

To commemorate the 10 year anniversary of the Museum’s opening, The Effingham County Museum will host on Sunday, November 13, 2022, an Open House from 2 PM to 4 PM. Light refreshments will be served.

stay up to date.

get all of the latest chamber news right in your inbox.

Don't miss out on the latest news and special announcements.