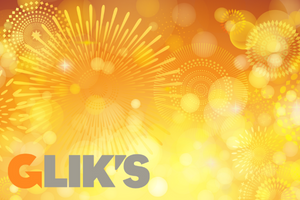 Glik’s, the 14th oldest retailer in the United States, announced today that the company is celebrating its 125th Year Anniversary the week of October 3rd – 9th, 2022.

To say thank you to their customers, the company released a video celebrating their 125th year in business on YouTube.

“Our 125th Anniversary is a dream come true! As a young child I gained a passion for the business from my father who talked almost every night about his exciting day at Glik’s. At a young age, it was a gift to know what business path I wanted to pursue,” said President/CEO Jeff Glik.

“While I haven’t been around for all 125 years of our history, joining the family business has been my dream since I was a child. I didn’t answer “fireman” or “astronaut” when asked ‘what do you want to be when you grow up?’ I always answered ‘I want to be a buyer at Glik’s.’ Fast forward many years and today, I feel an immense gratitude for being able to join this business, family by my side.” Said Jeremy Glik, Women’s Buyer.

“I am incredibly honored to be a part of the 5th generation to work in the family business alongside my cousin and each of our fathers. Here at Glik’s everyone is a part of the family, and we have a great team that is ready to take this company far beyond 125 years.” Said Elliot Glik, Young Men’s Buyer.

According to the U.S. Bureau of Labor Statics (BLS), only 25% of all businesses ever make it past 15 years. Even more rare is to see a family business that continues to thrive. Glik’s has defied all the odds as their 5th generation family members joined the company in 2020 and 2021.

“Less than 3% of fourth generation businesses survive. Yes, a 97% chance of failure. Well, the fourth generation, and now the fifth generation join the great people at Glik’s to ‘beat the odds’. Our company is full of energy, excitement, and passion and we are excited to celebrate 125 years and many more down the road,” said Jeff Glik.

The Glik family grown the company from a horse drawn wagon, to one of the first strip mall stores, to over 70 brick and mortar locations as well as an online store.

“Over my last 40 years I have seen so much change in our business and being able to change with the trends has been exciting. Our business has grown because we have been flexible within our core business,” Jim Glik, Vice President and 4th generation family member, said.

In order to celebrate this historic milestone, Gilk’s is pulling out all the stops. Included in the celebrations are the following:

Here’s a link to several historical photos of the Glik’s family and business over the years. Feel free to download any of them.

In 1897, Joseph grew his horse-drawn cart selling business by opening his first Menswear store on North Broadway in St. Louis, Missouri. He was able to do this through his persistent belief in aggressive marketing, savvy buying and personal service. This philosophy paid off in 1902, when Joseph took a risk by expanding into the fast-growing industrial town of Madison, Illinois. His son, Morris Glik joined the company at this time, running the Madison location. The risk paid off, and in 1925, the Glik’s Madison store had become one of the area’s largest department stores at over 1,000 square feet.

The postwar era brought new challenges. Elsie, Morris’ wife, suddenly found herself in charge of an entire business she had never planned to run after Morris’ sudden passing in 1945. For several years she continued to run the business while their son, Joe, was deployed with the Navy during the end of World War II.

Once Joe had returned, he continued the family legacy of savvy buying. The strip mall was a brand-new concept, one Joe saw the potential of, and decided to pursue. In 1954, he opened the first Glik’s location in a strip mall in Granite City, Illinois.

The Granite City location was a Junior Department Store and became an instant success because of its easy automobile accessibility. The Glik family saw this for what it was, a foretelling of what suburban clothing stores could offer. They realized the niche Glik’s could offer people – a store bigger than a specialty store, but more personal than a national chain. A niche the company happily continues to occupy today.

In the 1970s, Glik’s grew to a chain of stores, all located in strip mall centers through the Metro East area of St. Louis, Missouri. This growth has continued under 4th generation Glik brothers, Jeff and Jim’s leadership, who added over 60 stores in the Midwest as well as an online store. Glik’s now has a home in Missouri, Illinois, Indiana, Michigan, Wisconsin, Minnesota, Iowa, South Dakota, North Dakota, Kansas and Nebraska.

In 2020 Glik’s was happy to welcome the next leaders to the company, cousins and 5th generation family members, Jeremy and Elliot Glik. As Glik’s looks to the future, we are sure their passion and dedication will impact the company as every leadership change has here: with positive results and commitment to a positive impact for our vendors, customers and employees.

stay up to date.

get all of the latest chamber news right in your inbox.

Don't miss out on the latest news and special announcements.